This is how one of his most famous paintings came about: The Starry Night (1889). What in turn inspired the Serbian Ivana Jelić and Pavle Petrović. We unfortunately don’t get to see a starry night much in a city like Amsterdam due to light pollution. The artists present us with a radiant but artificial version of the painting. The cypresses and town in the original painting have been replaced by canal houses and trees; and Van Gogh’s brushstrokes by nearly 1,400 illuminated acrylic tubes. Now, we’re able to dream as well.

Architect Ivana Jelić (1989) and creative engineer Pavle Petrović (1985) have their own practices in Belgrade but work together on (light) art installations. Jelić finished her master’s in architecture at the University of Belgrade and cofounded the design studio Buro501 in 2015. Her work has been exhibited at, amongst others, the 21st Milan Triennial in 2016. Petrović obtained his master’s in Electronics and Computer Science, like Jelić, at the University of Belgrade. By day, he makes video games, and by night he does VJ performances. 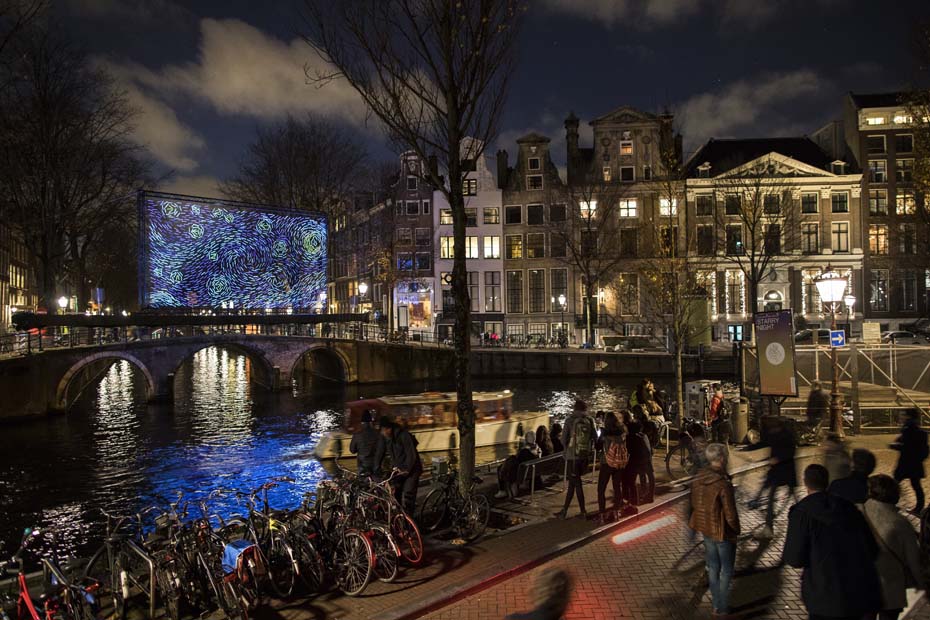