Nexus means connection; the connection that gradually exists between existing inhabitants and newcomers.

Nexus is – literally and metaphorically – a huge complex structure consisting out of different compartments that create a unity together. 200 light pipes create a smooth movement that moves upwards into the sky. 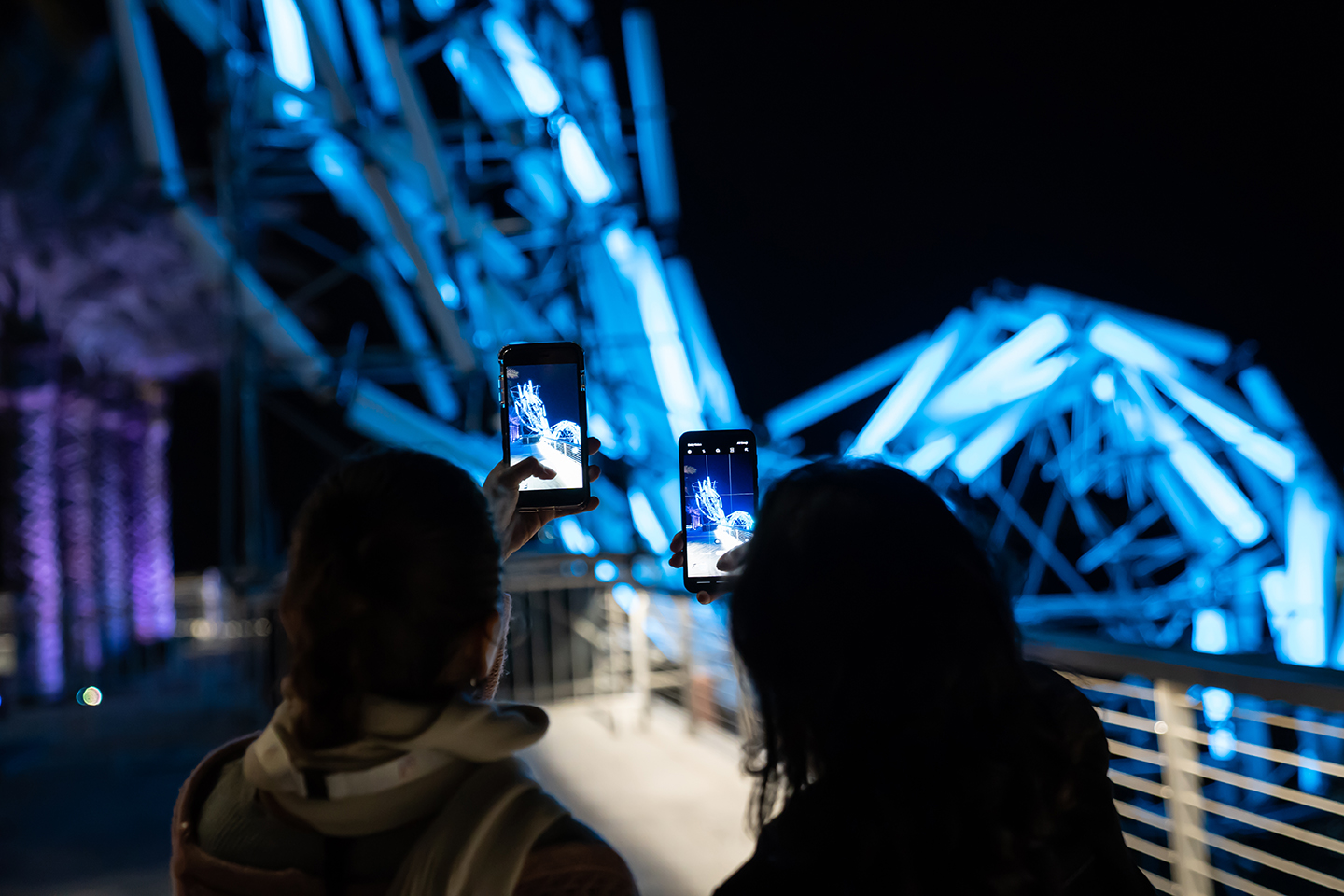 Viktor Vicsek is born in Servia but has been living in Budapest, Hungary, for the biggest part of his life. The last 18 years he has been working in light and projection. Vicsek spent a couple of years at the Intermedia Department at the Hungarian University of Fine Arts as well. From designing projections for theater scenes and interactive dance performances to 3D animations for projection mapping with his company limelight. His animations were projected in cities such as New York, São Paulo, Montevideo, Tokyo, Sharjah, Dubai and light festivals in Poland, Slovakia and Finland. Nexus is – literally and metaphorically – a huge complex structure consisting out of different compartments that together create a unity.