Six gigantic butterflies have landed on the surface of the landscape, their wings glowingblue against the dark night. At first sight, the artwork seems to portray a peaceful, almost magical scene. But with his artwork Butterfly Effect, Masamichi Shimada attempts to portray how something as delicate as a butterfly can possess such immense power.

The title of the artwork refers to American scientist and meteorologist Edward Lorenz’s (1917-2008) 1961 lecture titled, ‘Predictability, does the Flap of a Butterfly’s Wings in Brazil Set Off a Tornado in Texas?’. Lorenz researched how a seemingly insignificant action, such as a butterfly flapping its wings, can activate a chain of events that can result in much bigger changes, such as the emergence of a destructive tornado in Texas. Lorenz’s butterfly effect is a metaphor; although not scientifically possible, it demonstrates how daily life, the weather, or the stock exchange have a certain degree of unpredictability, and that chaos or crisis is always just around the corner.

Butterfly Effect, much like the rest of Masamichi’s oeuvre, has a positive outlook on the world. The artist emphasizes that even though problems and challenges are seemingly big, a small act of just one person can make all the difference. 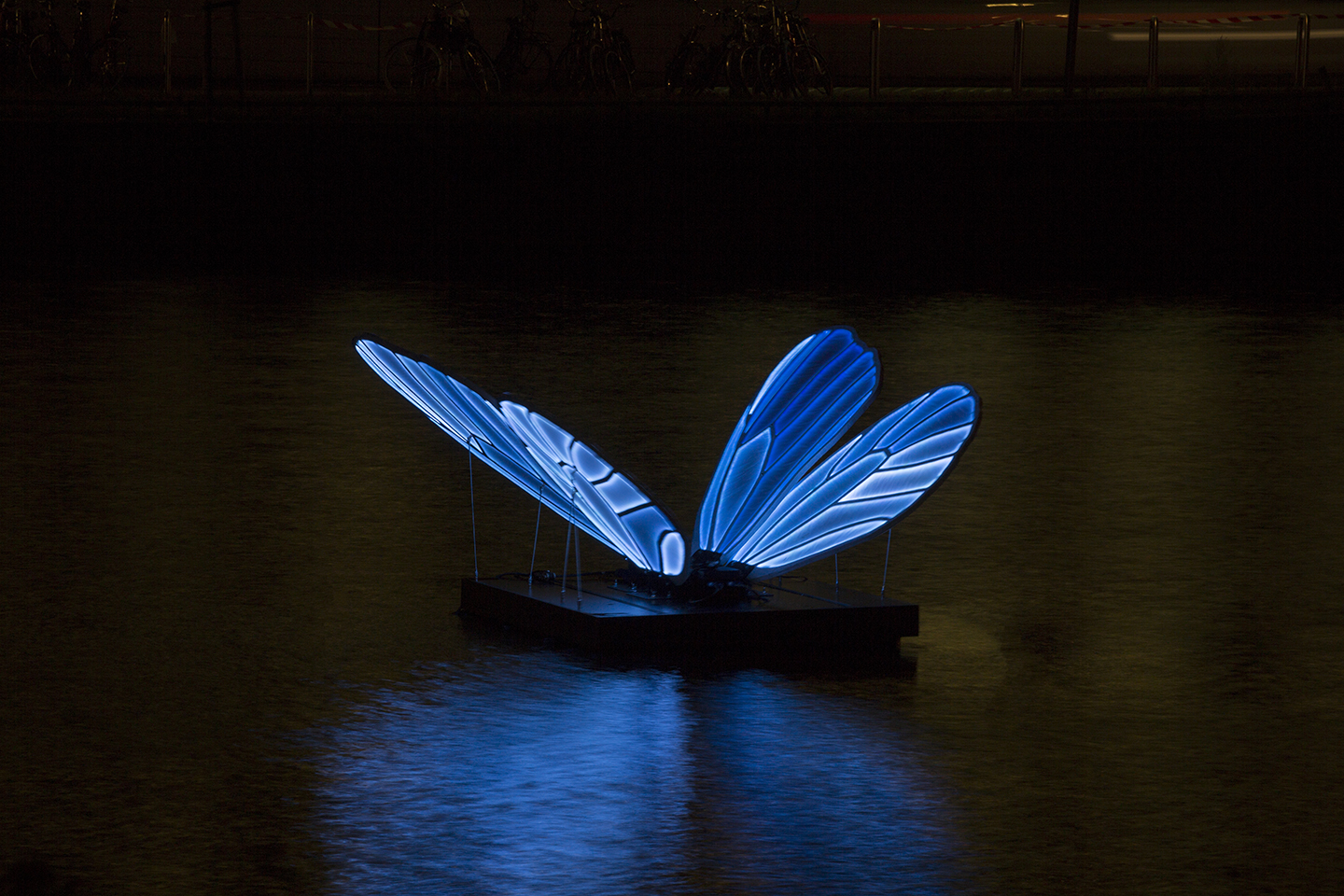 Originally a Motion designer, Masamichi Shimada (1978) has been focused on creating light art for many years. In his installations, Shimada combines light and a range of other materials such as wood, paper, metal, and plastic. He attempts not only to exhibit beautiful images but also to enhance the life of the viewer. His motto is “creativity to make smiles”. For international exhibitions at museums and festivals, he often finds inspiration in stories that are unique to the local culture.