Those who say Holland, say tulips! This inflatable installation knows how to literally inflate this stereotypical symbol and put it into historical context. Did you know that the popularity of this flower increased tremendously in the 30s of the 17th century? This period is known as the 'tulip craze' or 'tulipmania'.

Artist Peter Koros wanted to recreate a bunch of tulips on a large scale. The work is also a form of PopArt in which the amount, size and color represent and glorify our culture of mass consumption – a lovely and kitsch approach to a historical and touristy symbol of the country.

Fact: did you know that the Netherlands exports some two billion bulbs of tulips per year? A whole bunch! Moreover, during tulipmania, the flowers became so popular that the price escalated enormously - a bunch was about as expensive as a house on an Amsterdam canal. Artist Peter Koros (HU), is a transport engineer, with a degree in Inflatable Installations. He also makes interior design, furniture, and technical design. He studied inflatables for about three years - a real expert in the field. 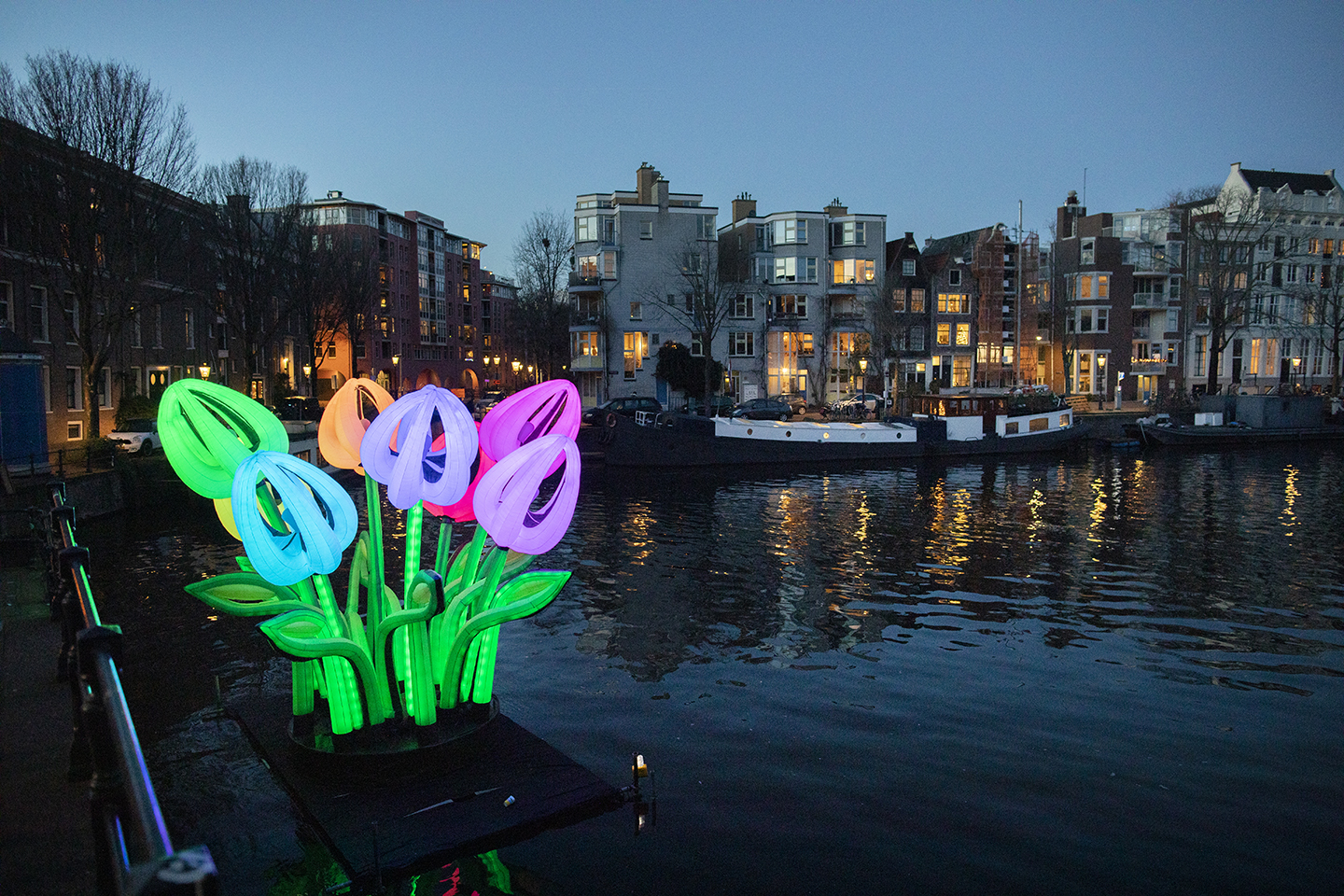 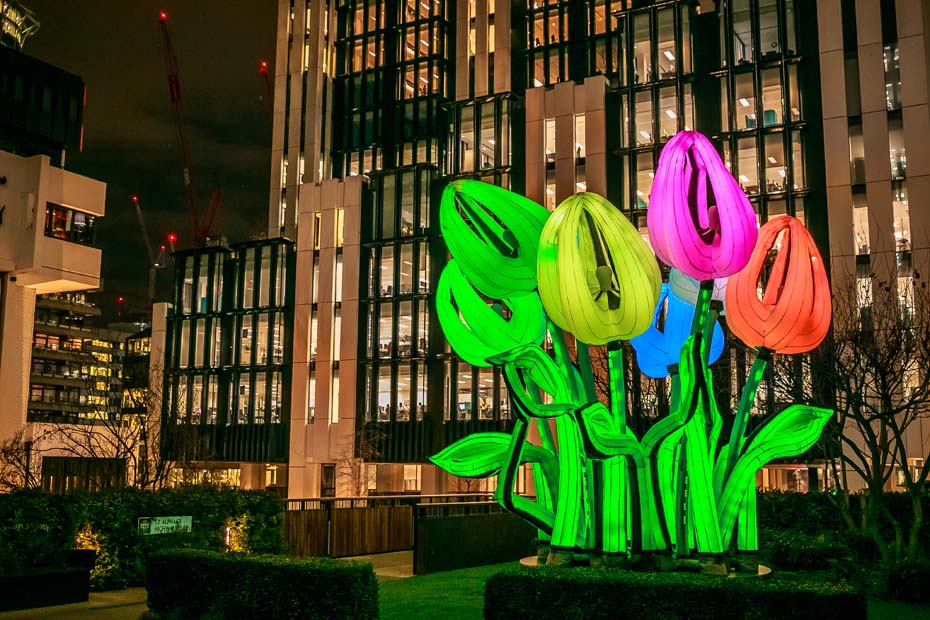 The Hungarian Péter Koros (1978) and Réka Magyar (1989) have formed Koros Design since 2018 in Budapest. Koros trained as an engineer at the Szechenyi Ivstan College in Győr and then studied furniture design at the university in Sopron, while Magyar recently graduated as a fashion designer at the art academy in Budapest. Together they make interior and lighting designs, in addition to designing inflatable light objects for theater performances and light and music festivals. Their installations are often enlargements of recognizable, iconic images.