Illuminated laundry hangs to dry on washing lines, as though it were a hot summer day.

Glowing white garments, and a cheerful collection of blouses, T-shirts, underwear, trousers, dresses, a pair of wide Turkish pants, a traditional Jewish dress, and a Moroccan djellaba. Together these pieces represent the cultural and ethnic mix of residents in the city as a subtle but surprising intervention in the cityscape.

The washing lines create a friendly, neighbourhood feeling. It is this connection that is paramount for Sergey Kim; according to the artist, despite globalisation and the wealth of information exchange around the world, we increasingly fear foreigners. In large cities, people live in isolation, it’s common not to know your neighbours. The artist hopes to send a positive message into the world by using something as every day and universal as drying laundry to represent an image of people coexisting harmoniously.

Everything in Neighborhood emits light, from the garments to the clothes pegs and the washing line itself. Sergey is fascinated by the impact of light on everyday objects. Specifically, he’s interested in how applying light can change an item’s meaning entirely. He often uses light to come up with creative solutions. For example, he invented the first illuminated bicycle tires with his start-up Velooq. Will Neighborhood result in the first illuminated washing line? 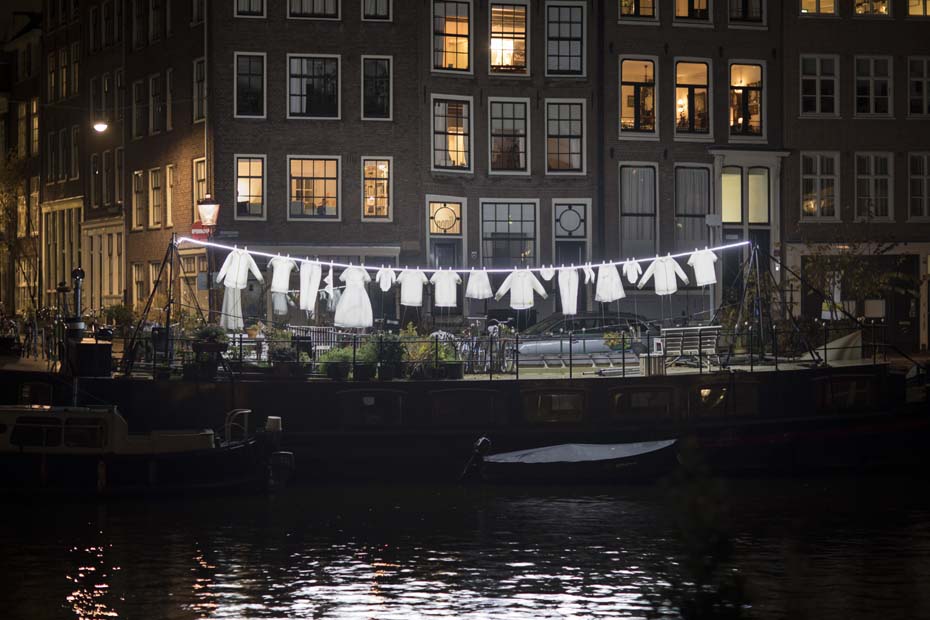 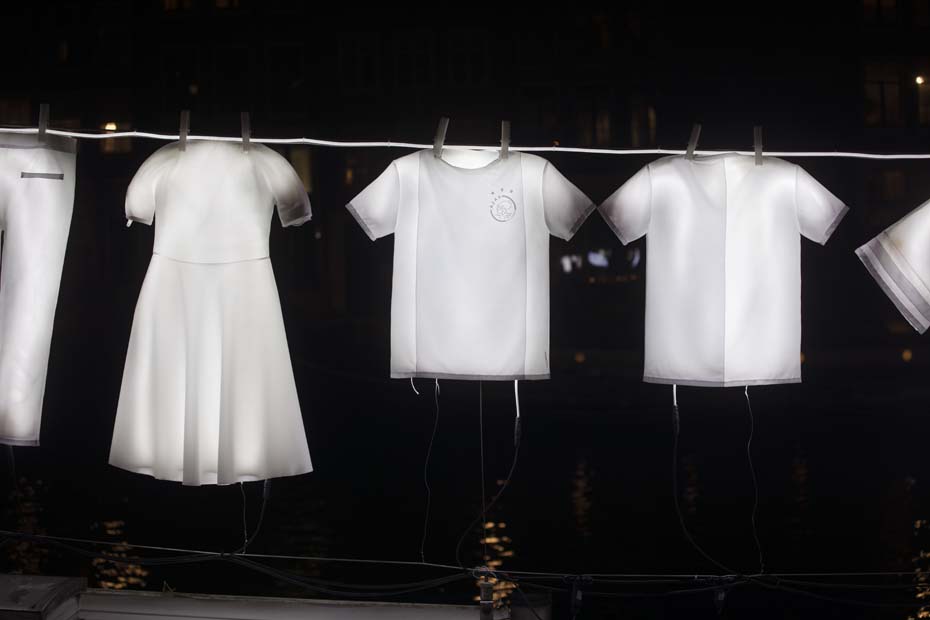 Sergey Kim (UZ, 1986) works, among other things, as a graphic designer, industrial designer, and 3D artist. Back in 2016, Kim took part in Google’s talent program ‘30 Weeks’. Afterward, he went on to found Velooq, the first company to create light-emitting bicycle tires. He is currently a senior art director at creative agency Heat, based in New York.