Brocken 6A was inspired by a natural light phenomenon: the mysterious Brocken spectre. The ‘ghost’ consists of your shadow that has been projected on a cloud of fog and is surrounded by a luminous wreath in rainbow colours.

It was named after a German mountain where it’s often seen. The phenomenon occurs when the sun is positioned directly behind you, thereby breaking and scattering the light rays. Chida recreates this phenomenon by using a large iron box in which he punctured one hundred thousand holes by hand.

Concentrated bundles of artificial light penetrate the dark space and present your own Brocken spectre. By immersing yourself in darkness, Chida wants you to experience light as something tangible. While we become increasingly dependent on visual impressions in our modern world, touch is still the most primitive and direct way we can get to know and understand the world around us. 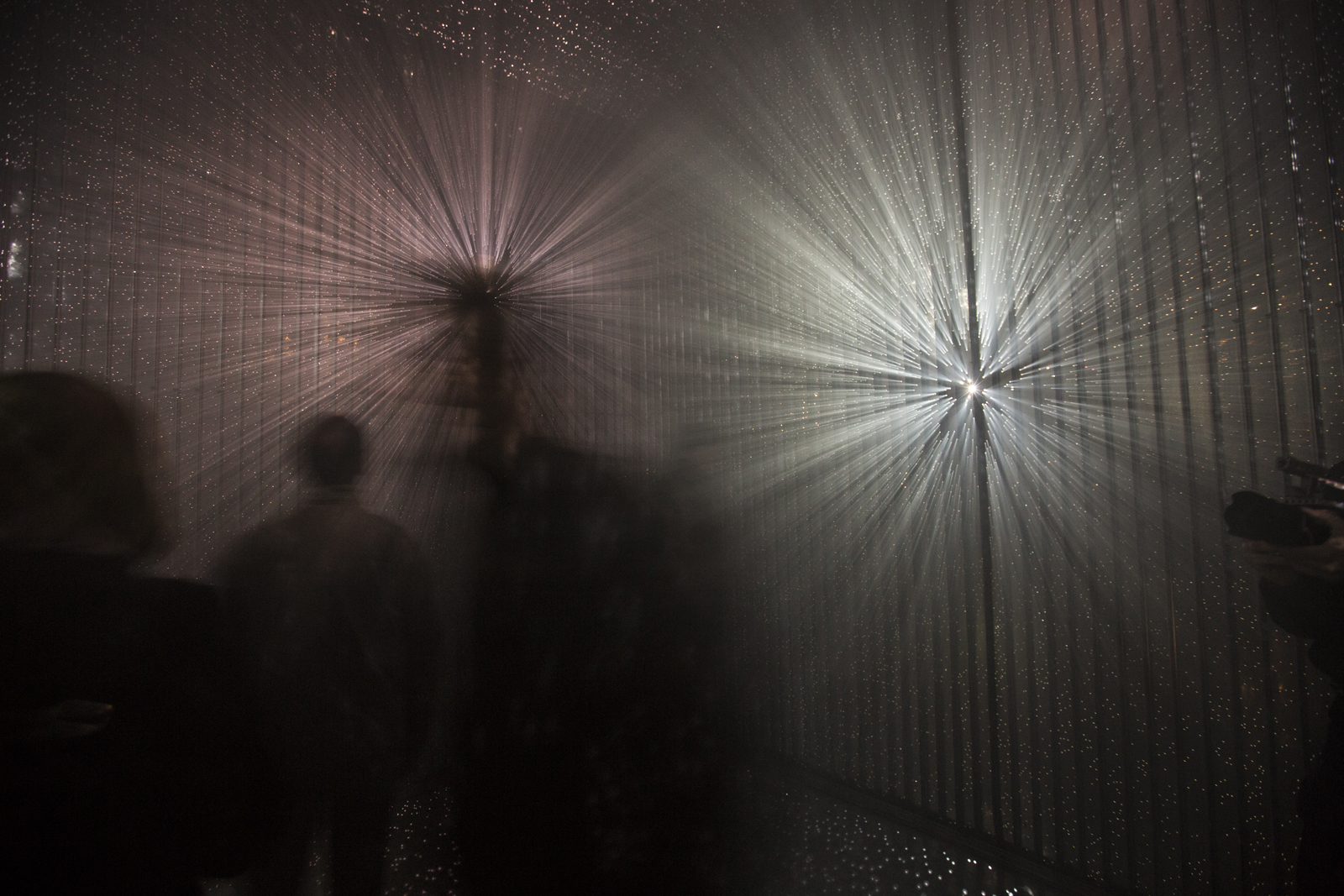 Japanese artist Yasuhiro Chida (1977) studied architecture in Tokyo and creates large installations in the public space or natural landscapes that have been shown in Europe since 2015. The most important theme in Chida’s work is the physical, sensory perception of our environment, and the way in which we respond to changes. Chida finds inspiration in nature where he spends a lot of time, for example, climbing mountains and descending into caves. He often incorporates effects of natural light in his work, like a moving ray of sunshine entering a dark space, or moonlight that illuminates a string of nylon string strung among trees.